Brazil-based meat-producing company JBS paid a ransom of $11m in bitcoin to get back online after a ransomware attack!

Just recently JBS, the world’s biggest meat producing company was infected by a ransomware virus. The cyber attack caused the meat producer to temporarily shut down its operations. Mostly affecting operations in North America and Australia.

Following the cyber attack, the Brazilian company also received support from both Australian and Canadian authorities as well as the FBI. That helped in investigating and addressing the cyber incident.

However, failing in the attempt to restore its functions and operations, the company had to finally pay the ransom. It is worth noting here that it is believed that the ransom was demanded by the same cyber criminal group known as REvil who attacked Acer as well.

I have mentioned a brief on how REvil attacked Acer on my blog “Ransomware Reminding Cyber Security Experts It Still Exists”, you might want to check that out too.

The cyber criminal group runs a site known as “Happy Blog” on the dark web. They use this site to post stolen information about their victims. So, if an organization fails to comply with the group’s ransom demands then the chances are that the stolen data from the company gets published.

However, JBS has confirmed paying the ransom with the amount equivalent of $11 million in bitcoins as per The Guardian.

“This was a very difficult decision to make for our company and for me personally,” said Andre Nogueira, CEO, JBS USA. “However, we felt this decision had to be made to prevent any potential risk for our customers.” 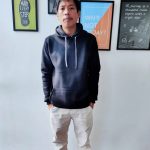 View all of Richard Singha's posts.