It is worth noting that the figure has already surpassed the overall number of attempted ransomware attacks of 2020 which was 304.6 million. This also represents a year-on-year increase of 151% in the ransomware attempt volume.

Some Major Ransomware Attacks in 2021 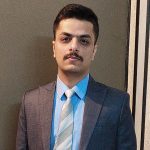 View all of Rishi Khemani's posts.