Colonial Pipeline, one of the largest oil pipelines in the US, was hit by a ransomware attack that forced it to shut down. This 5,500-mile-long pipeline, which carries more than 100 million gallons of fuel from Houston to New York Harbour every day, has been forced to stay offline since 7th May 2021 due to the attack.

The Colonial Pipeline Company is developing a system restart plan. While the main pipelines are offline, the company has opened some smaller lateral lines between delivery points and terminals. Moreover, it has not even been a month since the incident of a widespread ransomware attack on the top two universities of the US happened! 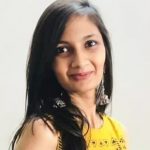